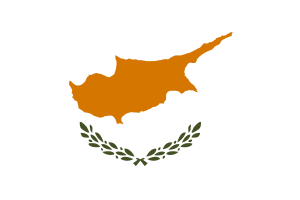 The Republic of Cyprus is an eastern Mediterranean island strategically located at the crossroads of three continents; Europe, Asia, and Africa. A European Union member since May 1, 2004 and a member of the Euro-Zone since January 1, 2008 Cyprus also enjoys excellent business relations and flight connections with the Middle East.

With one of the lowest corporate tax rate in the European Union (EU) at only 12.5%, the island is an ideal jurisdiction for Holding Companies. Moreover, it has 49 bilateral tax treaties, including with the United States. Cyprus has no withholding tax imposed on dividend income, interest, or royalty payments effected to non-Cypriot beneficiaries. Profits from overseas permanent establishments are tax exempt.

Cyprus’ banking sector has been undergoing considerable restructuring since March 2013, when Cyprus became the fifth Eurozone country to receive bailout assistance. Despite the recent downsizing of its financial sector, 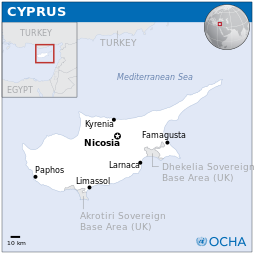 Cyprus continues to offer efficient and high-quality accounting, legal, and other professional services, which are one of the strong points of the economy. The labor force is largely multilingual and highly qualified and the labor costs are low compared to the EU average. Cyprus has an advanced telecommunications network and infrastructure, as well as a wide network of air-routes offering excellent connections with Europe, Africa, and Asia, as well as modern ports and first-rate sea connectivity.

Cyprus ranks among the 10 leading maritime nations in the world and is a highly reputable international shipping center with a merchant fleet exceeding 21 million gross tonnage (accounting for 16% of the EU fleet) and nearly 2000 vessels. It constitutes one of the largest ship-management centers in the world with around 50 ship-management companies and marine-related foreign enterprises that conduct their international activities in the country. Cyprus has also developed into a transshipment center for Asia Pacific trade with Europe and with shipping markets situated along the coasts of the Levant and Black Sea, or the North Adriatic. The island is a natural hub for other main-line deep sea trades passing through the Mediterranean, to North Africa and the Middle East. [Source: US Embassy in Cyprus]

Starting a Business in Cyprus 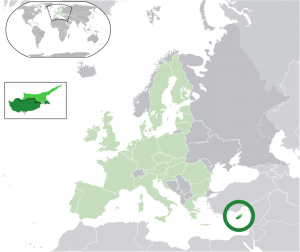 In order to enhance foreign investment intensity, the FDI policy has been liberalized for both EU and non-EU nationals. Subsequently, administrative procedures have been simplified and no limitations apply in most sectors of the economy, as per the minimum level of investment and the foreigners/ participation percentage.

International companies may invest and establish business in Cyprus on equal terms with local investors. Foreign investors can register a company directly with the Registrar of Companies, and obtain any license, if needed, from the appropriate authority depending on the nature of investment. Investors may address to the Investors Service Centre of the Ministry of Commerce, Industry, and Tourism for further guidance and direction on a case by case basis. [Source: Invest Cyprus]

A number of new measures have been put into place designed to reboot the economy in the wake of the massive restructuring of the country’s banking sector. The measures, among other things, aim at helping stimulate economic growth.

The new measures include the following:

Information Required for Registering a Business in Cyprus

[Source: Registering a Company in Cyprus]

Reasons to Invest in Cyprus

American Corporate Services offers experience and expertise for astute investors who wish to establish offshore businesses. Whether an investor wishes to immigrate or simply to establish a business entity, our network of professionals has the ability to advise, assist, direct and enable clients to understand and navigate the process for Cyprus company formation.

Our services include everything you need for starting a new business in Cyprus. In addition to helping to establish a Cyprus business bank account, helping you set up your business to conform to Cyprus accounting standards and to comply with Cyprus taxes, we also offer boutique amenities such as Cyprus secretarial services. We can even help you to create a Cyprus virtual office that will appear to others as though you are actually in Cyprus, even though you may be just about anywhere else on the globe at the time. Our business is making your investment a success.